As I write this at the end of September, McLoon’s Lobster Shack is closed for the season. My guess is that it closes annually, after Labor Day.   In the photos below you will see the lobster shack with its outside seating.  The view is fabulous.  I tried to capture it with a three-shot panorama stitched in Lightroom.  By the way, I see now that all these photos were taken with an iPhone 12. Likely that was the only camera I had with me when we went there for dinner. 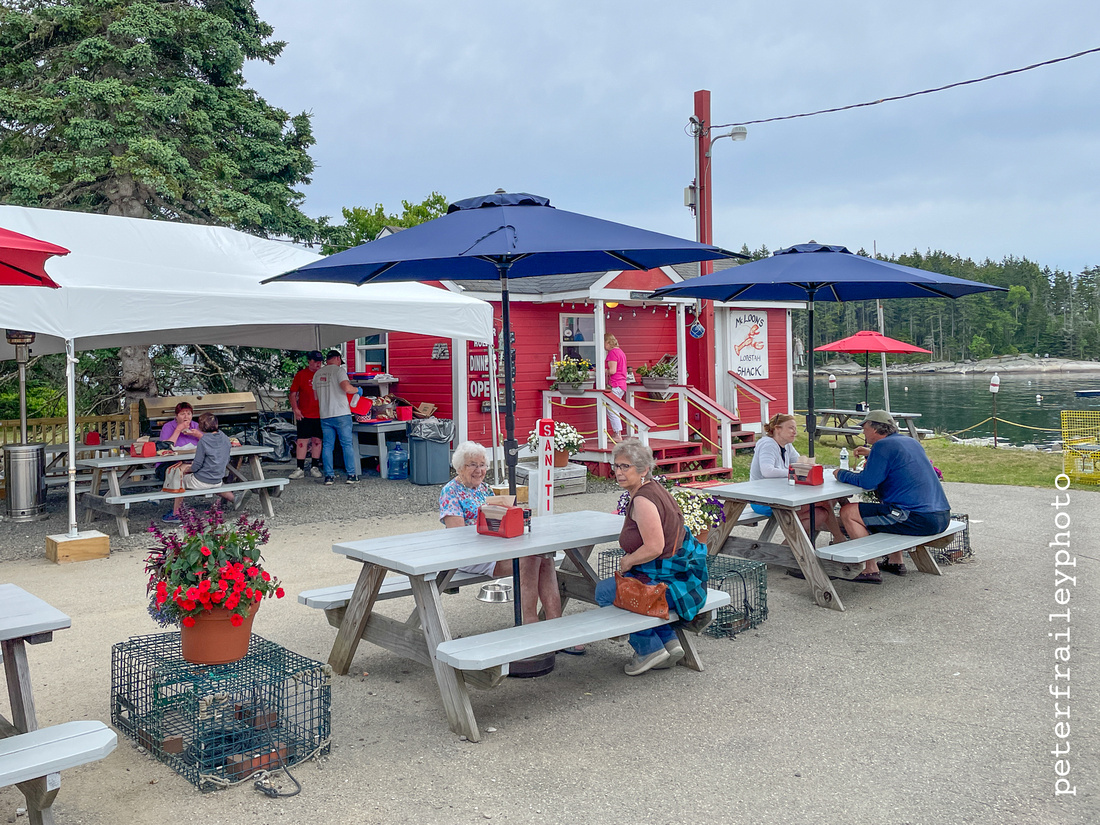 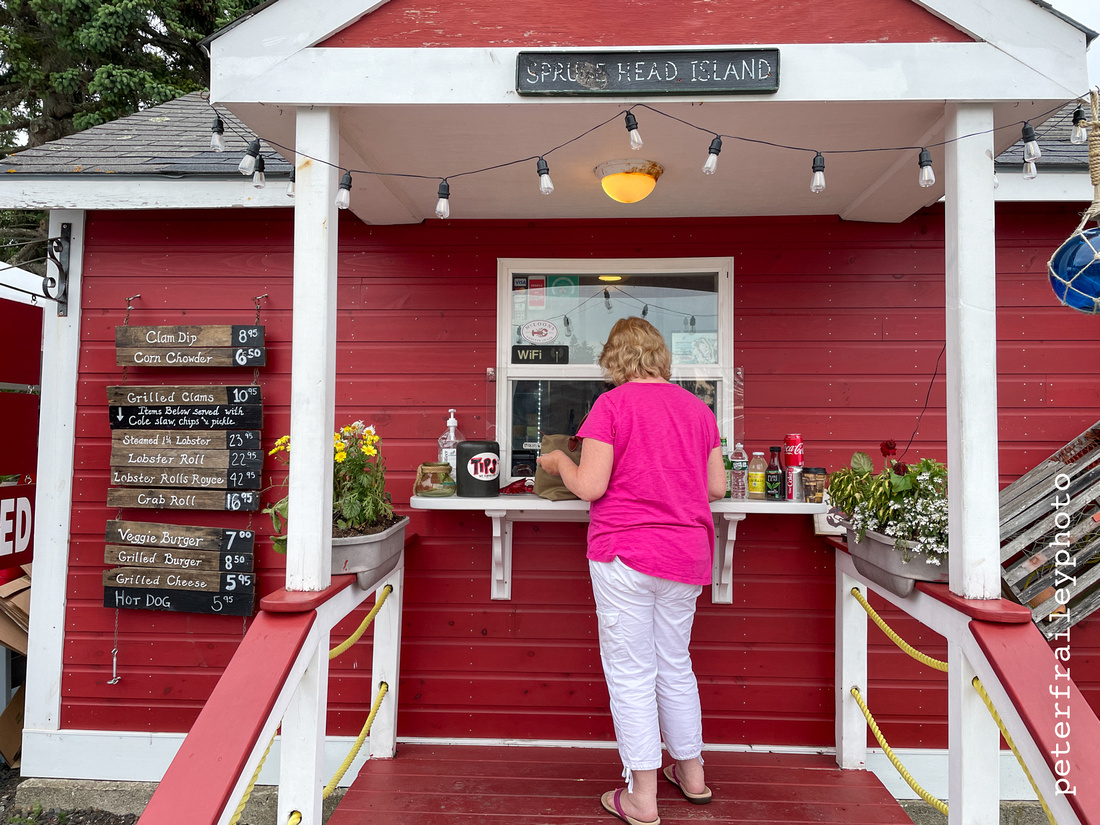 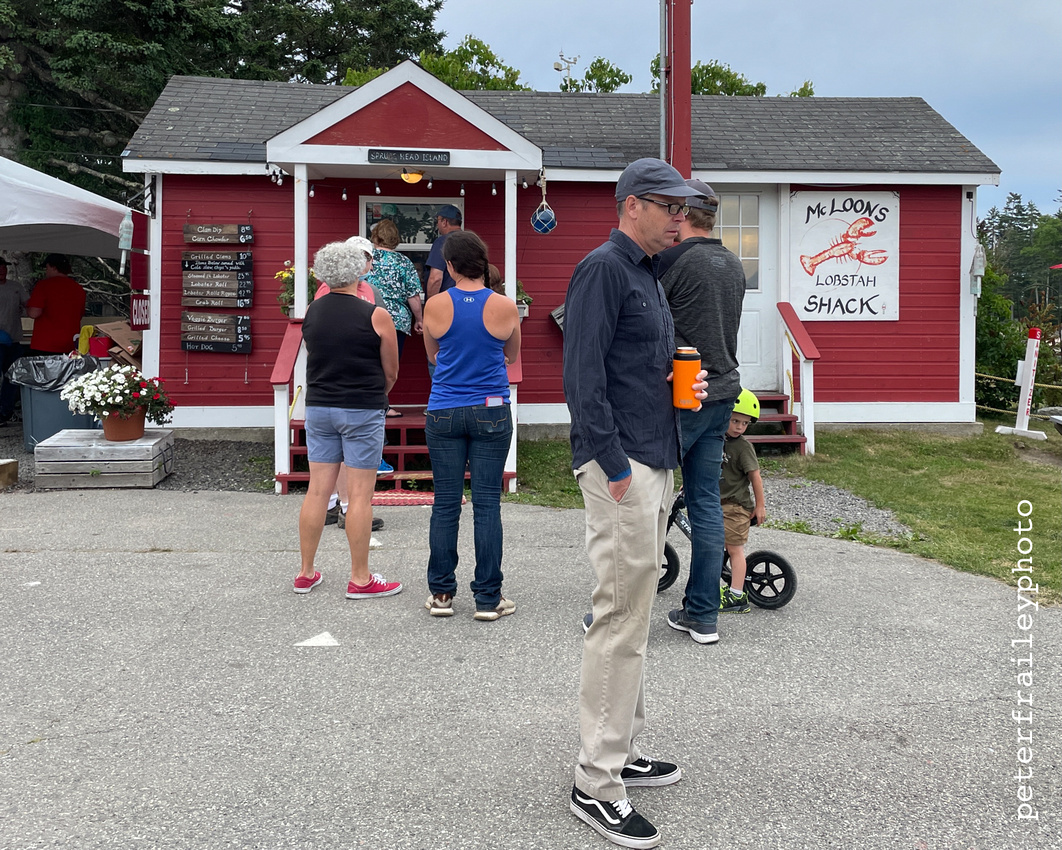 The view from the picnic tables

McLoon’s Wharf is next door to the Lobster Shack. You can see a few of the buildings in the photo below. There are a few more buildings behind these.

It’s a thriving wholesale lobster buying station. Lobstermen from all over the area bring their catch here. Lobsters are then delivered to McLoon's wholesale processing plant in Portland. From the Portland facility, lobsters and other fish are sold all over the country.

The editors at Yankee Magazine declared McLoon’s “Best of New England” in 2015. The magazine touts the lobster, crab cakes, burgers, hot dogs, and homemade desserts. (Although unfortunately I did not see any desserts on the menu... I'll have to ask next summer.) 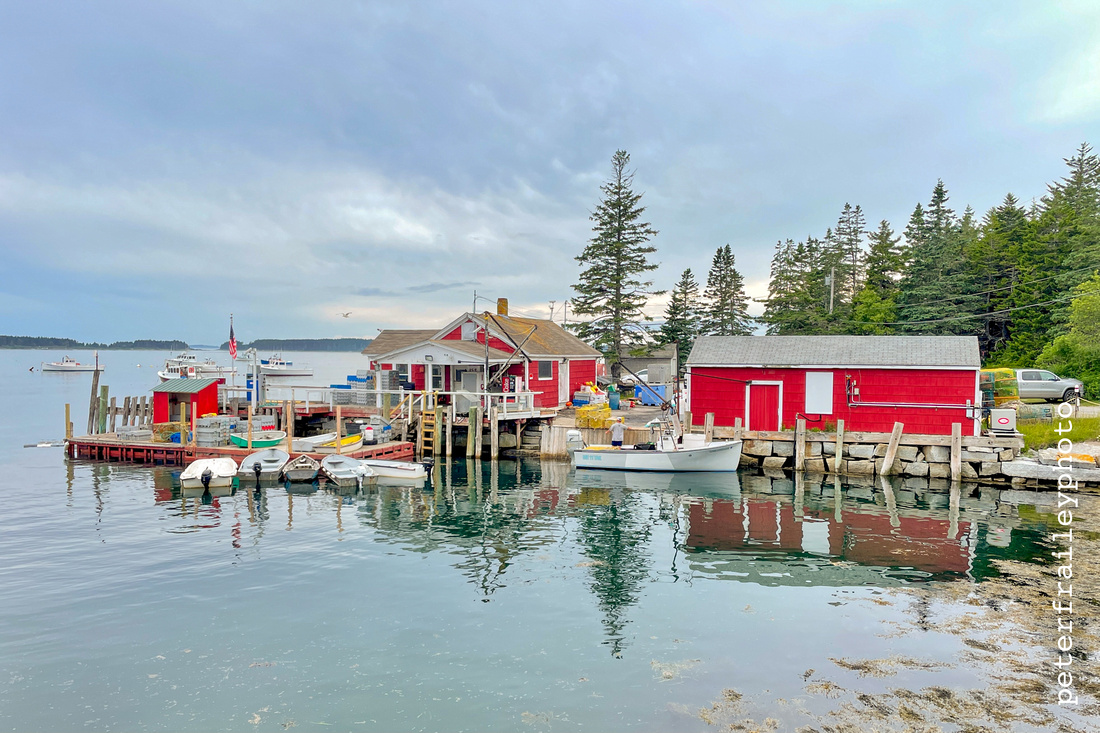 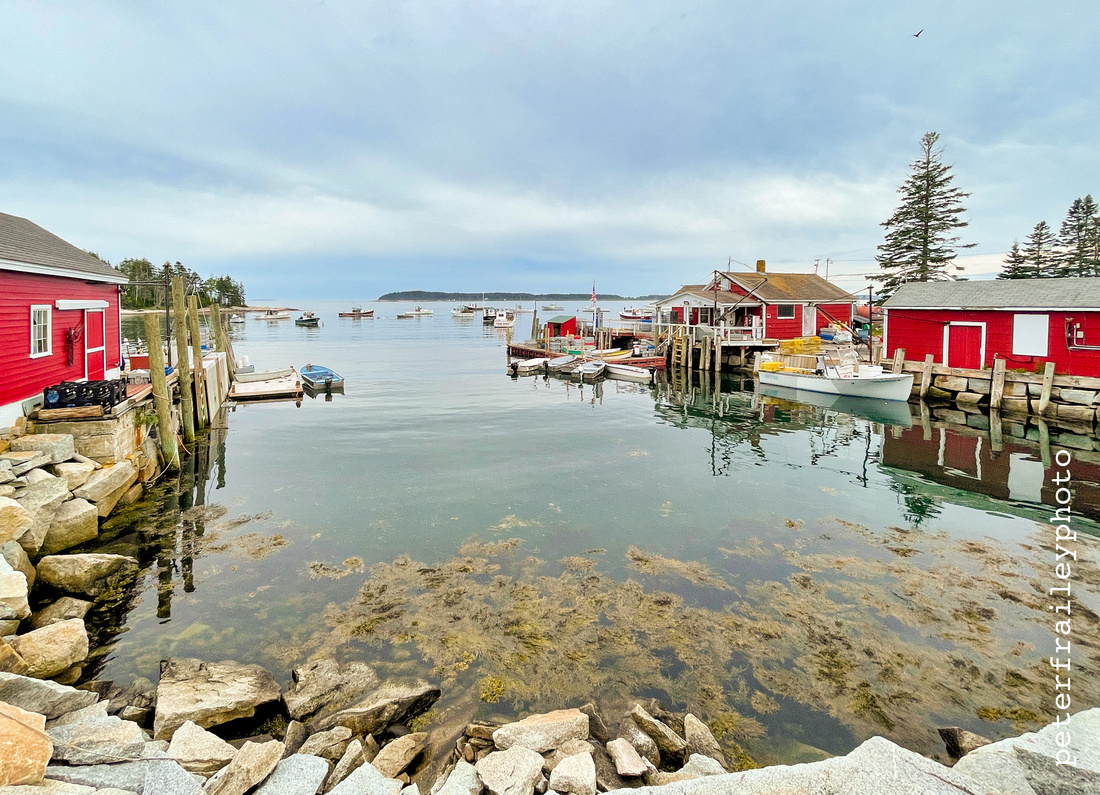