Yesterday Boston received 3.5" of snow.  That's a record for October, going back to the beginning of when records were kept.  That was 1872.

According to our local meteorologist Gary Fischer (CBS Local affiliate), records show that in years when a measurable October snowfall was received, the winter snowfall that followed was "lackluster". Not good news for we skiers.

Another interesting fact is that in 2020 we had the fewest days between snowfalls, with .7" on April 18 and 3.5" on October 30.  Because both those days had below freezing temperatures this also means we had the shortest growing season on record, at 193 days.

When I got close to this maple while walking in the yard yesterday, I imagined it asking me, "Hey Peter. What season is it?" That tree must be very confused: green summer leaves, yellow fall leaves, white winter snow. 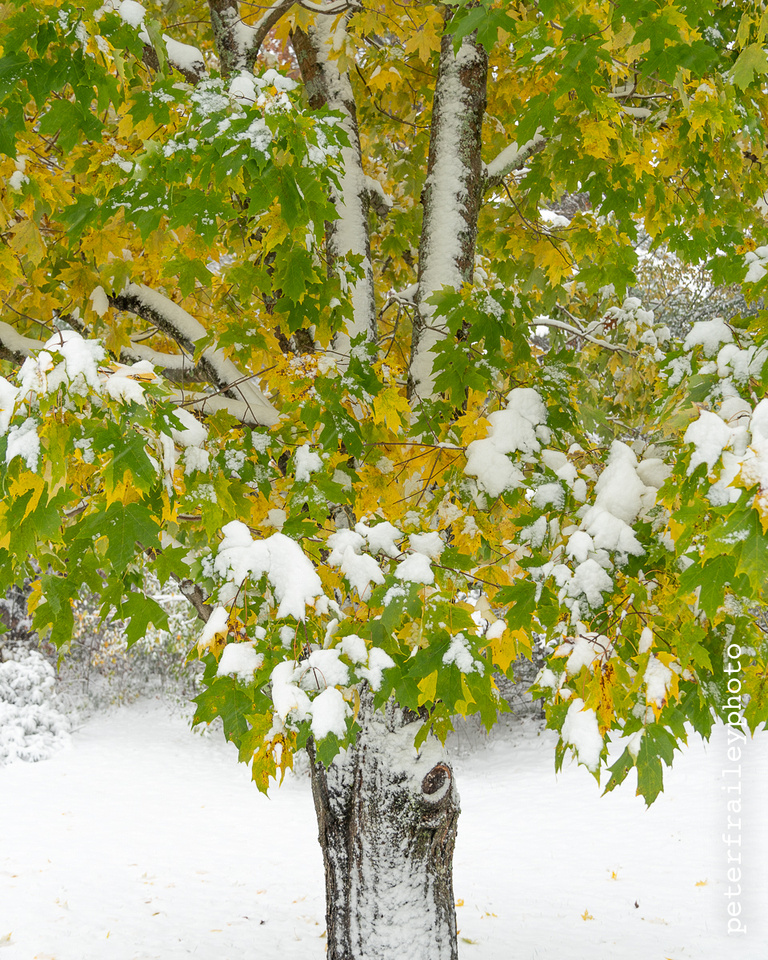